The European Parliament’s Environment Committee is currently considering the European Commission’s carbon border adjustment mechanism (CBAM) proposal. But while most of the debate focuses on free allowances, it is crucial to tighten the provisions on the power sector. 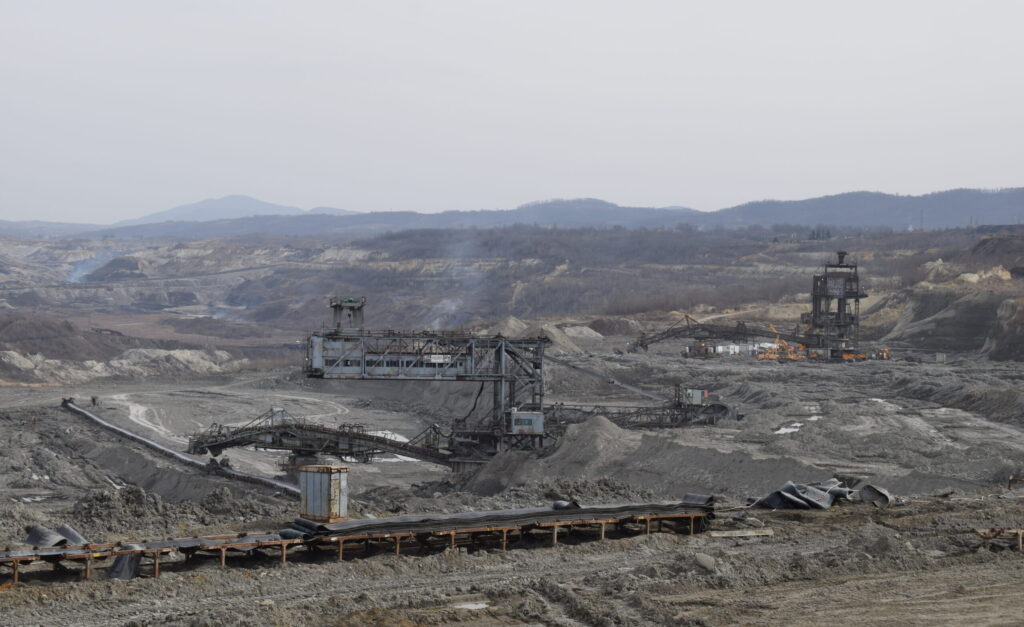 Last year, the European Commission’s draft Proposal for a Regulation of the European Parliament and of the Council establishing a carbon border adjustment mechanism was published, and is now being considered by the European Parliament’s Environment Committee. On 2 February rapporteur Mohammed Chahim presented a draft Committee on the Environment, Public Health and Food Safety report to the Committee, which includes substantial proposals to make the CBAM more effective and help to more rapidly phase out free Emissions Trading Scheme (ETS) allowances.

While the emphasis on phasing out free ETS allowances is crucial, it shouldn’t detract from other aspects of the CBAM’s effectiveness, such as its impacts on the Western Balkans’ electricity sector.

Why CBAM is important for the Western Balkans power sector

Our latest Comply or Close report shows that between 2018 and 2020 the EU imported around eight per cent of the Western Balkans’ coal-based electricity.

This electricity is artificially cheap, because the countries do not apply carbon pricing – with the dubious exception of Montenegro – and their coal plants are exceeding legal limits for air pollution, thus breaching the Large Combustion Plants Directive (LCPD), which has been binding under the Energy Community Treaty since 1 January 2018.

In fact, in 2020, the region’s 18 coal plants emitted two and half times as much sulphur dioxide as all 221 coal power stations in the EU combined.

The EU benefits from cheap electricity, but it pays a high price. Between 2018 and 2020 coal power plants in the Western Balkans caused an estimated 19,000 deaths, with almost 12,000 of these due to non-compliance with the LCPD. Over half of these modelled deaths took place in the EU.

As EU accession countries, the preferable option is for the Western Balkans to join the EU Emissions Trading Scheme. The Energy Community Secretariat is working hard to enforce industrial pollution legislation and introduce carbon pricing, but this will take time, and needs stronger support from the European Commission. Political will to introduce carbon pricing varies considerably among the Western Balkan governments and it cannot be taken for granted that it will happen soon.

How can the CBAM help?

The CBAM has the potential to take effect earlier than domestic carbon pricing in some of the Western Balkan countries. In addition, it can be decided on directly by the EU rather than waiting for Western Balkan governments to get on board. This is an opportunity not to be missed.

While the CBAM is only one part of the efforts needed to decarbonise the region’s power sector, it can still make an important contribution. Due to the fact that electricity prices, especially for households, are regulated at an artificially low level in the Western Balkans, export of electricity to EU countries brings higher revenues for electricity producers than selling to domestic customers.

Thus, if carbon-intensive exports are diminished, those coal plants which have been exporting until now are likely to have lower revenues.

Even if the CBAM leads to renewables-based electricity being exported instead of coal-based electricity, coal plants will be in a worse position than now by only being able to sell on the domestic market. However, the Commission’s proposal to allow the use of actual embedded emissions factors for the exporting power plants, instead of country- or regional-level default ones, would still reduce the CBAM’s effectiveness in pushing across-the-board decarbonisation in the countries. Thus this option, which is outlined in Annex III point 5 and referenced in other parts of the text, needs to be deleted.

The CBAM needs to be introduced as soon as possible if it is to be effective. This means that the provisions in Article 2.7 of the Commission’s proposal, which potentially exempt the Western Balkan countries from the CBAM for electricity until 2030, need to be more stringent. They currently allow the countries until 2030 to fully implement carbon pricing, which would be alright if partial carbon pricing was in place by 2025, but there is currently no requirement for this in the text. Thus there is a danger that in 2030 there will still be a lose-lose situation, with no carbon pricing in place and no CBAM applying.

To avoid this scenario, clear requirements need to be put in place for at least a certain level of carbon pricing to be introduced by 2025 if the countries are to be exempted from the CBAM. This timeline is in line with what can be achieved under the Energy Community’s Decarbonisation Roadmap as well, so it makes no sense to allow additional time.

Compliance with EU law is – rightly – also a condition for exemption from the CBAM until 2030 needs to be more regularly checked than is currently proposed. Instead of just in 2025 and 2029, it must also be done in 2027, otherwise any changes will be detected very late.

A further condition for exemption from the CBAM until 2030 proposed by the Commission is that no public support may be granted for new power plants with carbon dioxide emissions of more than 550 g CO2/kWh, which means no public support for coal. This may have been progressive a few years ago but is inadequate today in a situation where the IEA has underlined that no new fossil fuel infrastructure can be built and the power sector must be decarbonised by 2040 if we are to stay below 1.5 degrees.

The threshold therefore needs to be reduced to 250 g CO2/kWh instead of 550, in order to be aligned with the EU and Western Balkans’ commitment to carbon neutrality by 2050.

Will the CBAM have unwanted social impacts in the countries?

It will be difficult to assess the impacts of the CBAM separately from other ongoing power sector processes in the Western Balkans, but coal is clearly on its way out, and the impacts of this need to be mitigated. Most coal power plants need to be closed in the next decade or so due to legal breaches but also due to age, yet there is still serious over-employment in the sector. After three decades of under-investment, this winter has seen unplanned coal plant outages caused by coal supply and technical problems. The energy transition is coming faster than expected, and making it a just transition will be a major challenge.

Together with the Green Tank, we have therefore recently proposed the setting up of a dedicated Just Transition Fund for the Western Balkans and proposed allocation criteria that, unlike the EU Just Transition Fund, would reward climate ambition. Such a Fund could excellently complement the proposals in the draft Environment Committee report that propose to reinforce climate spending in the Union budget’s Instrument for Pre-Accession Assistance III. It could also have the advantage of clearer conditionality in order to ensure project quality.

An opportunity that must be seized

With the Western Balkans’ accession prospects atrophying and increasing political turmoil in the region, we cannot rely on even the previous levels of progress towards sustainable decarbonisation continuing without more of a push and resources from the EU.

Most of these efforts should take place via the Energy Community Treaty, which has for years been a driving force in the region, including on efforts to introduce carbon pricing. However, the Treaty has its limitations and needs strengthening to include penalties for non-compliance. This will take time, and the CBAM has the potential to help fill the gap. This opportunity must be seized.

This article was first published in Bankwatch Network.